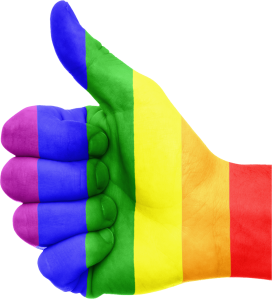 It was an emancipating moment. And an incredible watershed for the country.

Until 1993, homosexual acts were illegal in Ireland. Most Irish were alive for that first victory 22 years ago.

But for a country where the Catholic church still wields so much historic and moral authority, and where that same church continues to categorically condemn gay marriage, last week’s “Yes” vote was a moment many never expected to see.

In a historic rejection of Ireland’s church leaders, a majority of voters decided to constitutionally protect gay marriage — over 62 per cent. In many parts of Dublin, over seven in 10 voters said “Yes” at the ballot box.

As with similar constitutional referenda in Ireland — on EU accession, European austerity measures and capital punishment — the “Yes” and “No” campaigns were hard-fought and high-profile.

But more so than in previous votes, in the days leading up to the same-sex marriage referendum, some of the fiercest campaigning happened online.

Young Irish voters, vastly more pro-gay marriage than their older compatriots, took to Twitter, Facebook and Instagram in droves. Hashtags such as #hometovote trended worldwide, with hordes of Irish travelling back to their former homes to make their mark on the country’s constitution.

Social media users propelled the campaign internationally, leading to a gigantic global following heading into the referendum and huge anticipation for Saturday’s result.

It was democracy in action. And it was beautiful to watch.

Ireland’s electorate took the tools it had at its disposal to promote the social change it believed in — what it felt was right.

In Canada, gay marriage became legal in several different provincial and territorial jurisdictions after a series of Supreme Court decisions beginning in 2003. Bill C-38, the Civil Marriage Act, which was enacted by the Martin government in 2005, made same-sex unions legal across the country two years later.

But the popular slant to last week’s result in Ireland made it something more satisfying than when Canada legalized same-sex marriage.

The 2005 Civil Marriage Act’s redefinition of marriage was an emancipating moment for Canadian gay, lesbian and transgendered people — just as Ireland’s “Yes” vote was last week. But the Irish referendum was also a collective action by the Irish people to show a traditionally marginalized portion of their population they belonged and they mattered.

It was a moment when Ireland, through a positive, common action, showed it accepted gay, lesbian and transgendered people as full members of its society.

It wasn’t the choice of a court, or of a government, or of a religious group. It was a huge majority of Irish voters. Millions of them.

And that’s something worth celebrating.